I am a Welsh artist based in Bristol. My work looks at meanings and tensions within architectural and industrial objects using sculpture, narrative and installation.

Corrugated metal sheeting and broken roof tiles are collected. Structures made with humans in mind, but rarely noticed until they are in the way: like the bollard setting off automatic doors, or five electrical service boxes huddled on a street corner. Rather than the structures fitting around people, people have to fit around them. The study of how buildings affect feelings and behaviours is described as architectural psychology. Through a process of mouldmaking and

casting, these objects are re-made, allowing their psycho-architectural features to surface.

The work is assembled in a way that imitates the emotional connotations of the original structure, sometimes alongside its real-world twin, ready for comparison. The structure’s original role is recognisable, but restaged, cast in a new material providing new associations. 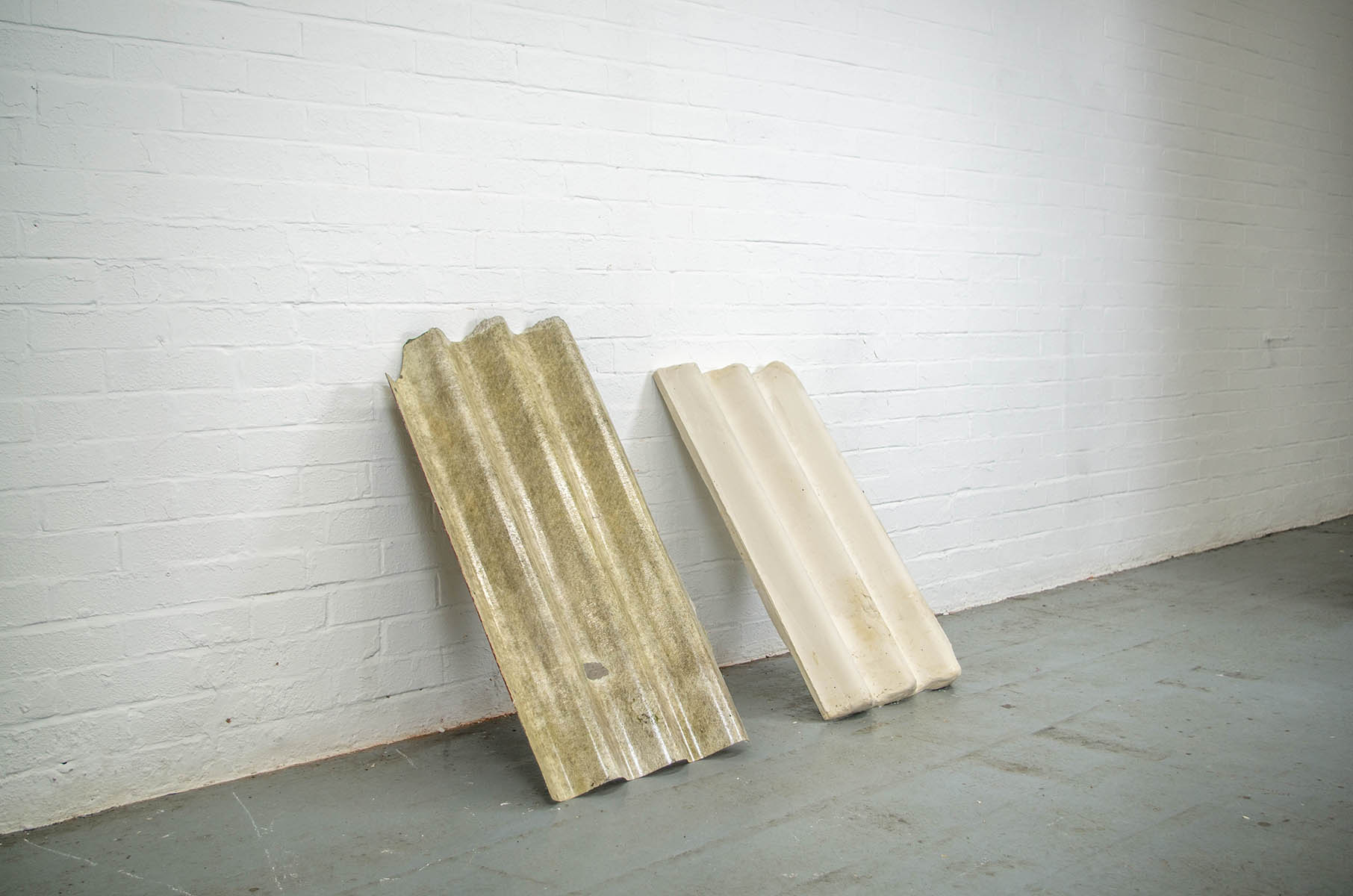 Pit and What's Left Behind

Trickle Down (and out)