Each year the Business Design Centre (BDC) supports an award winning designer as decided by an independent panel of judges that look for a winner who is innovative, inspiring, engaging and forward thinking, reflecting the values of the BDC.

Week two’s winner was announced at the mid-week ceremony as Patrice Watson, of the University of West England in Bristol. Meeting with Patrice at the show, she explains that receiving the award was somewhat “surreal” and that her piece, the National Slavery Museum, has been a project requiring a vast amount of dedication; something that is clear from both the work and how passionately she recalls the process that took her to a pleasantly overwhelming unveiling of the final design. 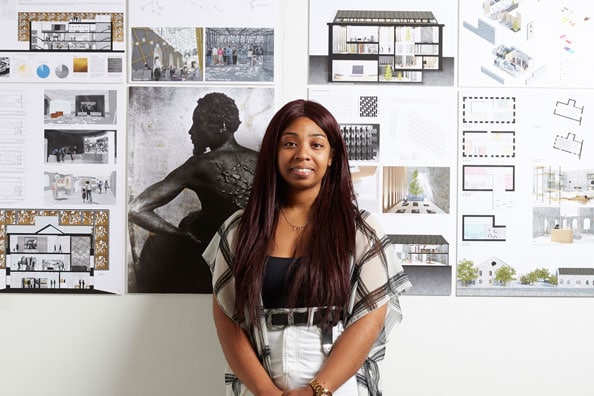 In creating the concept for the museum design, her research took her across the country on visits to the V&A, the Imperial War Museum and Bristol’s very own M Shed. Recalling a visit with a museum curator there, Patrice detailed the hours spent learning of the history of slavery with a particular emphasis that pointed her to the story of a man named George.

It’s clear that this final year task became a passion as so many design projects do, but hearing the way in which Patrice drew elements of the history into what is such a wonderfully modern piece of work is truly incredible. From the brass used on the exterior as was historically traded, to the laser cut pattern adorning it, you could easily expect this spectacular building to feature as a Grand Design; but what’s next for this new designer?

Studying interiors, Patrice explains, incorporates buildings as a whole and although she prefers residential, the course offers experience in everything from retail to offices. Having come to the show and been awarded with the highest of accolades, Patrice explains that nothing will put her off trying something new in the future and that the process of learning will go on. Watch this space, I say. 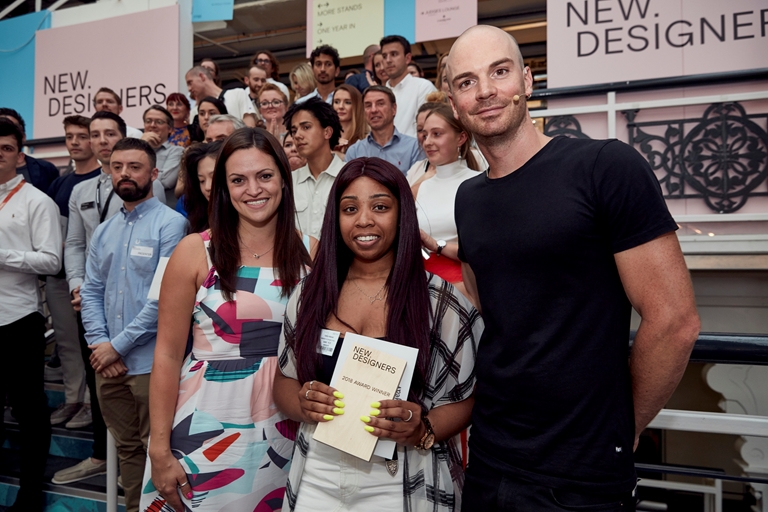